WP1 is focused on the material, component, and integration technology development, WP2 on cellular and cerebellar processor development, WP3 on cortical processor and system integration, and WP4 on the evaluation and benchmarking of the technologies, individual components as well as the complete demonstrator. 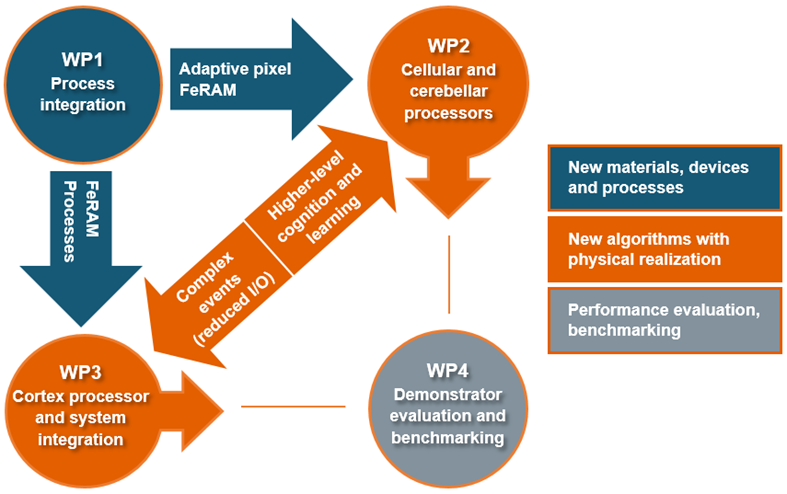